Should your company take a political stance? 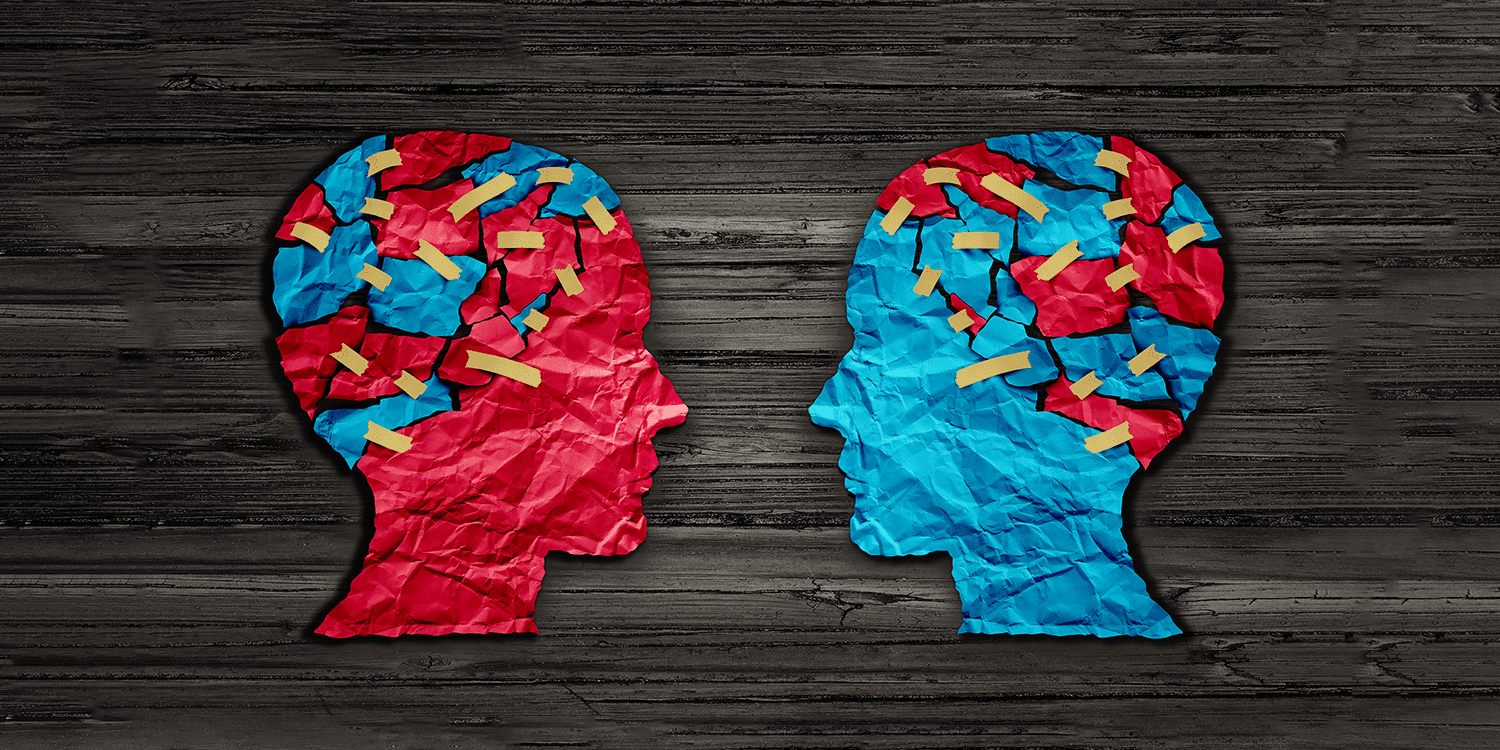 As a small business owner, it can be incredibly difficult to distinguish your own personality from that of your company’s brand. There’s nothing wrong with that. After all, your own values can help to guide your business to establish a unique voice in the market. That being said, it’s always worth treading carefully where politics is concerned.

Companies of all shapes and sizes have dabbled in politics and sociological debate for centuries – but those sorties have increased dramatically in volume thanks to advances in technology and social media. Companies have more opportunities today than ever before in terms of expressing their political views – and there’s plenty of evidence to support the idea that a lot of consumers want to hear those views.

Our All Inclusive Package - the perfect way to form a company

To help you understand why customers like companies that take a political stance, as well as the dangers you must heed by taking a side in politics, we’ve compiled this all-encompassing guide.

Why would a company take a political stance?

Simply put, customers like to know the sort of business they’re shopping from. Many consumers have gotten to the point in which they view companies more like individuals as opposed to businesses – and recent political upheaval across the globe has led to a newfound preference for brands that choose to take a polarising stance.

According to one study from the Global Strategy Group, 81% of shoppers believe companies should take action to address important issues in society – which is a 9% increase over the last four years. Almost nine out of ten individuals surveyed said they believed corporations have the power to influence social change and want to see companies utilise that power.

But beyond enhancing brand loyalty and giving existing consumers what they want in a company, taking a political stance on an issue also has the power to generate a huge level of awareness surrounding your business.

While huge multinationals like Coca-Cola and Disney tend to enjoy high favourability ratings for staying on the fence in political debates, companies that take an extreme stance tend to generate far more awareness about their brand identity. Choosing to take a polarising stance on an issue transforms your company name into a talking point – and you can’t buy that sort of publicity.

Pepsi’s recent ad campaign featuring Kendall Jenner serves as a prime example. The 2017 marketing campaign featured an advertisement in which the model appeared in a protest reminiscent of the global Black Lives Matter movement – which infuriated activists on all sides of the political spectrum, eventually causing Pepsi to pull the advertisement and issue an apology.

While that might not sound like a success, a subsequent Morning Consult poll found that 44% of people had a more favourable view of Pepsi after watching the commercial. Almost a third of those surveyed said the ad made them more likely to buy Pepsi products – while 20% said they were now less likely to support the company.

That being said, there are a whole lot of negative consequences that your company could end up facing by taking an extreme stance.

What are the dangers of taking a political stance?

Above all else, choosing one of two sides in any debate will automatically slice your existing target audience down the middle. If your political views are consistent with that of your company’s previously expressed ethical code, you might not be alienating too many consumers – but the new individuals you’re reaching by airing your political views may not react kindly to your entry into the debate.

You need to decide: is your company strong enough financially to risk losing part of your consumer base? According to YouGov, one in five consumers have boycotted a brand because of a scandal or negative press – and of those individuals, as many as 67% of shoppers have never returned to that brand. Likewise, you need to think about the ways in which other stakeholders or investors who disagree with you might react.

The Kellogg Company decided to pull all of its advertising spend from the American conservative media outlet Breitbart News Network in the wake of the divisive way in which the outlet reported on America’s 2016 presidential election. That same year, the Lego Group ended ties with the Daily Mail following the newspaper’s controversial opinions on 2016’s EU referendum – and on the flipside, Starbucks ended up getting threatened with a boycott by conservatives after taking a stand against Donald Trump’s immigration policies.

By polarising your target audience with an extreme political stance on issues like immigration or civil rights, you’re going to upset some people to the point in which they’ll want to look into your company to learn why you harbour the views you do. Journalists may come knocking at your door pressing for information, look into your history and dig up anything and everything they can to transform your political stance into a political story.

Before you go taking sides on a political issue, you need to be sure that it’s worth the risk of others attempting to invade your personal or company history in an attempt to uncover hypocrisy.

Finally, you also need to think about how turning your polarising personal views into a company-wide stance could impact your relationship with existing company staff. It’s easy to lay your cards on the table in an employee interview and let them know where your company stands on certain issues and how that may impact their day-to-day role if they choose to accept a job with your company. But it’s a little bit trickier if you decide to take a new political stance that your current staff don’t agree with.

That’s why before altering your company stance or introducing a new, extreme view, you should always consult staff. Explain to them what you’re planning to do and why – and then more important still, listen to what it is they have to say about the change. After all, if you end up alienating your team members, your business could plunge straight off a cliff.

How can I demonstrate my company’s political stance?

Despite all of the cautionary tales, you may not experience these adverse negative effects from taking a political stance – so long as you’ve exercised your voice shrewdly and you know your audience. After all, not all polarising issues are earth-shattering sociological debates, and you may not have a lot to lose by choosing a side on a local or regional issue.

One way that small businesses successfully demonstrate a political stance without taking a huge financial risk is by supporting a cause rather than a specific policy. Outdoor apparel company Patagonia is a prime example.

Rather than position itself as a divisive advocate on particular political policies or issues, the company has simply positioned itself as a socially responsible business that places environmental sustainability at the core of its ethos. In turn, Patagonia isn’t associated with a political party – it’s simply a brand that informed shoppers know cares about protecting the environment.

Similarly, promoting your interest in local issues around your community could help your business far more than it could hurt. For example, if your café operated in a town where homelessness is a major issue, erecting signage declaring your support or free drinks for homeless individuals will simultaneously enable you to champion a local cause while demonstrating to your larger consumer base what it is your business is all about.

Social media makes it very easy for a business to illustrate its political views, and it provides a lot of fantastic opportunities in which to engage with a huge audience. You’ve just got to think carefully before posting anything online that you’re not prepared to receive certain levels of criticism for later. When in doubt, always ask for a consensus from people you trust in terms of tastefulness – but feel empowered to stay true to the personal views you want reflected in the way your company does business.

Sometimes, something as simple as re-sharing a powerful article or survey is enough to tell your followers and the wider population what it is you care about – without actually needing to come out and say it with your own lips.

Finally, you can demonstrate your company’s political views on a daily basis without actually needing to incite controversy. Investing in a fair trade supply chain, committing to employ a certain number of immigrants per year, or pledging to play religious music on-site are plenty of small ways in which your company can stay true to its political alignments.

Although you won’t generate as big a reach, clearly communicate your actions and your reasoning behind them to customers. This will enable your company’s political views to spread organically – which is always stronger than a flashy headline that will get buried within hours.

At the end of the day, taking a political stance is always bound to expose your company to varying degrees of risk. It all depends on what the issue is, how it relates to your business and how you choose to promote your views. But to a certain extent, a large proportion of your consumer base will expect you to speak up.

Four out of five customers like to support brands that champion social issues – and doing so will drastically expand your company’s reach. By taking a polarising stance on major issues, you might also be able to solidify a level of brand loyalty you couldn’t possibly hope to replicate at an ordinary marketing level.

But that loyalty comes at a cost. By taking an extreme stance, you risk alienating clients, members of your target audience, investors or even your own employees. That’s why you should always consult staff before making a big change, and clearly communicate to all stakeholders why it is you’re taking a firm stance.

And above all else, you need to think long and hard about how you choose to exercise your company views. Try supporting a cause, position your brand as a general advocate and utilise existing tools to your advantage.

It’s your business, and so it only makes sense you should be able to guide the ways in which your brand is positioned politically or socially. But don’t forget that your decisions may impact a wide range of other people – and any subsequent actions could drastically alter the way in which your company does business. 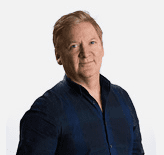 Graeme Donnelly, the Founder and CEO of Rapid Formations, has over 30 years’ experience of creating and running successful businesses. He is devoted to helping fellow entrepreneurs and startup businesses and spends much of his time creating business to business products and services for new and established companies. In his free time, he enjoys competitive cycling, photography, and walking his Chow Chow.

Why you need a business landline telephone number (and why you should never answer it yourself)
January 28, 2019

10 things you need to do before building a business website
January 28, 2019